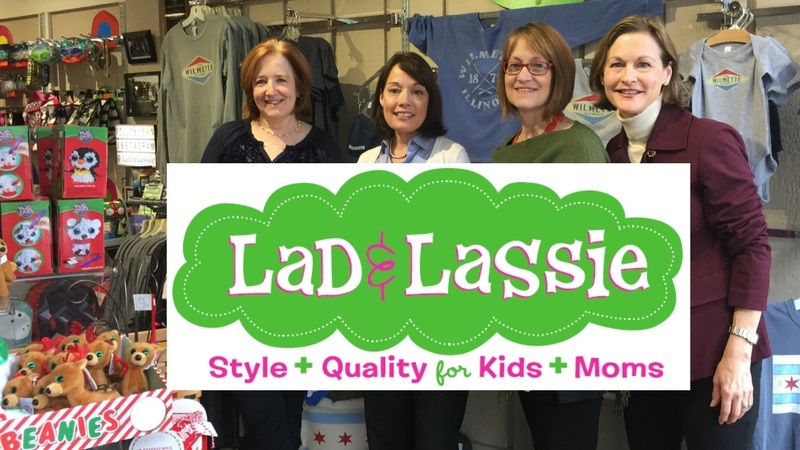 Lad & Lassie, specializes in girls, boys and women’s clothing, in addition to toys and teenage gifts and is a “go to” destination for many in Wilmette needing an outfit or gift.

What many may not know is it is among the ‘oldest’ retailers in Wilmette, recently celebrating its 65th year in business. Family owned and run by sisters Patty and Mimi Evans; they are the third generation in their family to run the store.

The sisters’ grandmother originally opened the girl’s clothing store in Wilmette in 1953. The store sold mostly fancy dresses, gloves and hats for little girls, which were popular at the time.

When the sisters’ father joined the business, they expanded and moved to their current location, moving away from party clothes toward everyday wear for boys and girls. Their mother helped out when she had time while also raising a family of eight children. Over the years, Mimi, Patty and their siblings all helped out with the business, as have their children.

When the sisters took over the business in the early 1980s, they slowly began making changes to include an expansive women’s line emphasizing a “life style” look. They offer an array of quality merchandise to include Patagonia, North Face, Bogs, Scout bags, to name a few! The merchandise is always changing and the sister’s pride them selves on keeping up with the latest trends. Best of all, they’ll even gift wrap! Located in downtown Wilmette at 1115 Central Avenue, you can check them out on their Lad & Lassie Facebook page.